McIntosh Red, or colloquially the Mac is an apple cultivar, the national apple of Canada. The fruit has red and green skin, a tart flavour, and tender white flesh, which ripens in late September. In the 20th century it was the most popular cultivar in Eastern Canada and New England, and is considered an all-purpose apple, suitable both for cooking and eating raw. Apple Inc. employee Jef Raskin named the Macintosh line of personal computers after the fruit.

John McIntosh discovered the original McIntosh sapling on his Dundela farm in Upper Canada in 1811. He and his wife bred it, and the family started grafting the tree and selling the fruit in 1835. In 1870, it entered commercial production, and became common in northeastern North America after 1900. While still important in production, the fruit's popularity fell in the early 21st century in the face of competition from varieties such as the Gala. According to the US Apple Association website it is one of the fifteen most popular apple cultivars in the United States.

McIntosh is America's most famous apple. New York State produces the largest number of Macs in the United States. One of the earliest apples of the season, McIntosh apples will start to appear in the middle of September if the temperature drops below 60¼F. But wait until the end of September or early October to buy and eat Macs; then you'll get an apple that has matured on the tree and has a wonderful flavor - any earlier and it will taste green.

Early Macs are excellent eaten out of hand and very good for pies; they're slightly tart and crisp. As the season goes on, they get redder and sweeter. By late winter Macs are mostly red; they're sweet, but the crunch and juice have left them. A fresh McIntosh is very juicy and has a tender flesh. The best Macs are produced in the Midwest and Northeast. They're not very good bakers because they turn to mush in the oven, but mix them with other apples in pie, make applesauce from them, or eat them raw.

When choosing a Mac, don't worry if its color is more green than red, so long as it has a little red blush on it. As with any apple, make sure the stem is still attached - a reliable indication that it's not overripe. Macs keep very well - up to three or four weeks - in a cool place (like a rot cellar or a porch that is protected from freezing). If your only option is to keep them in a heated house, refrigerate them.

In most cases look for very firm, bright-colored fruit with no bruises and with the stem still on - a good indication that you've got an apple that's not overripe. The apple should feel heavy in the hand for its size and have a good shine on it. A dull look usually means the fruit has been in storage too long. 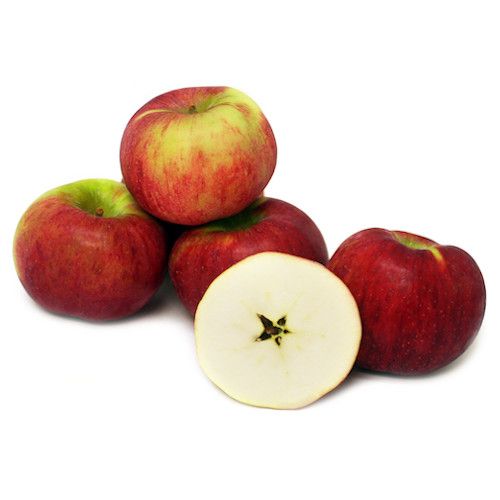 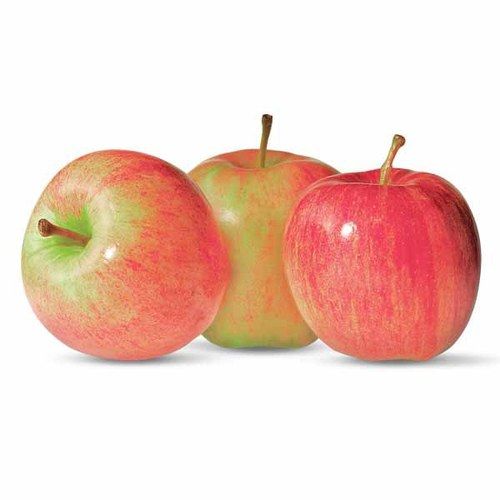 Located off Highway 21 on the left side. Approximately 1.5 miles west of Highway 41.